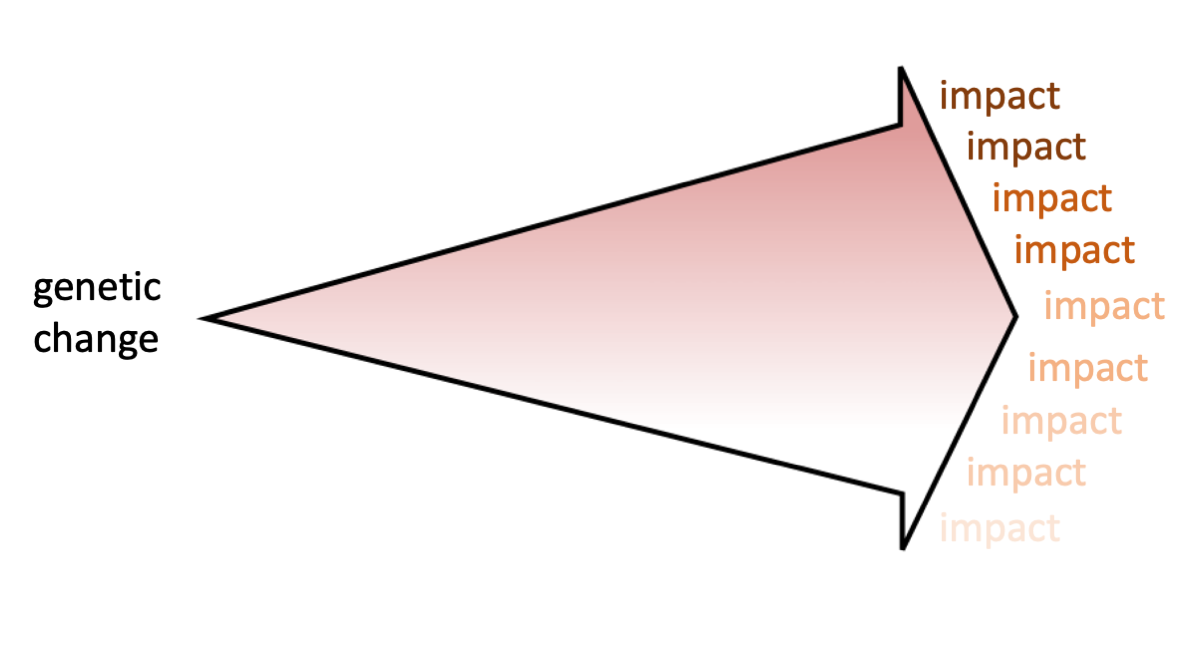 One of the most pervasive problems in modern biology is that the phenotypic effects of genetic change depend on context, for example, they are not consistent across different environments and genetic backgrounds. This problem impacts human health by preventing researchers from identifying which genetic variants contribute to complex diseases. Context-dependent effects also create challenges in the field of evolutionary medicine, where they impede researchers from identifying mutations that allow infectious populations to invade humans, and complicate predictions of whether similar infections will evolve drug resistance in the same way across different hosts. The issue cuts much more deeply than any specific research goal would imply; context-dependent effects interfere with our basic ability to conduct biological research and to reproduce experimental results from one lab in another.

Our goal is to identify underlying mechanisms that predict how the impacts of mutation depend on context. We do not limit our studies to single proteins or a handful of disease-causing mutations. Instead we use novel gene-editing technology in a powerful model organism, budding yeast, to examine how the impacts of thousands of mutation change as the context is subtly and systematically varied. Another unique aspect of our approach is that we focus on mechanistic hypotheses about how generic features of cells drive context dependency. Our ultimate goal is to identify generalizable rules that apply across the tree of life describing how mutational impacts depend on context.

News
Our first paper is out!