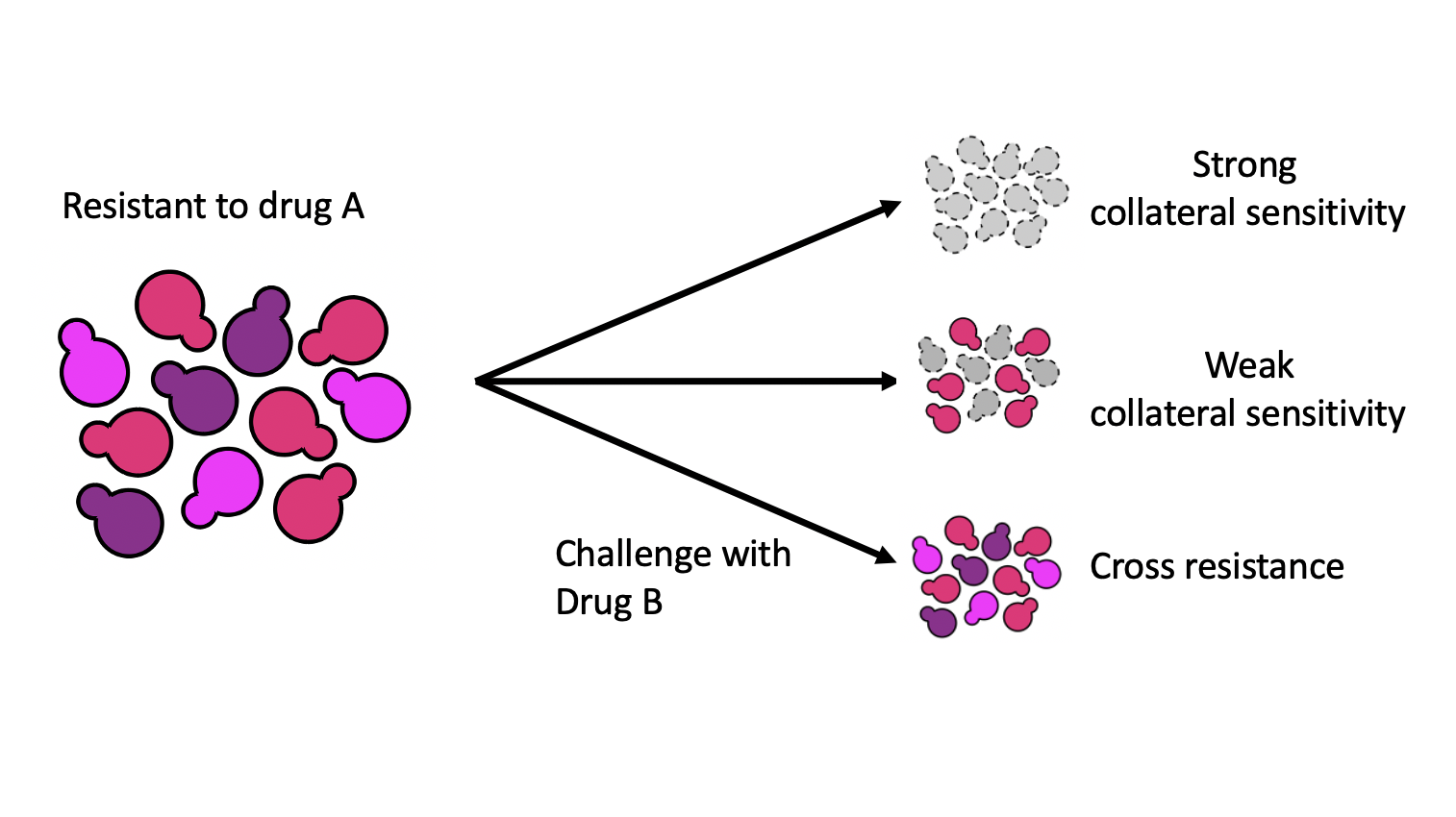 Strategies in evolutionary medicine aim to thwart the evolution of drug resistance by using combinations of drugs that demonstrate “collateral sensitivity,” which is when mutants that resist Drug ‘A’ increase susceptibility to Drug ‘B’. Problematically, it often turns out that resistance and susceptibility are not inextricably linked, and some rare mutations exist that resist both drugs. Most technologies cannot quantify the prevalence of collateral sensitivity. We utilize a laboratory evolution platform that is perfect for doing so. Rather than identifying the most resistant mutants in Drug ‘A’, we can collect virtually all possible mutations that resist Drug ‘A’ and quantify their resistance to Drug ‘B’. Characterizing collateral sensitivity at this scale can reveal general mechanisms that turn advantageous mutations into costly ones. It can also inform about the degree of modularity in biological systems, ie, the degree to which mutations have limited v. multifaceted effects.

Quantifying the cost of mutations that cause protein misfolding 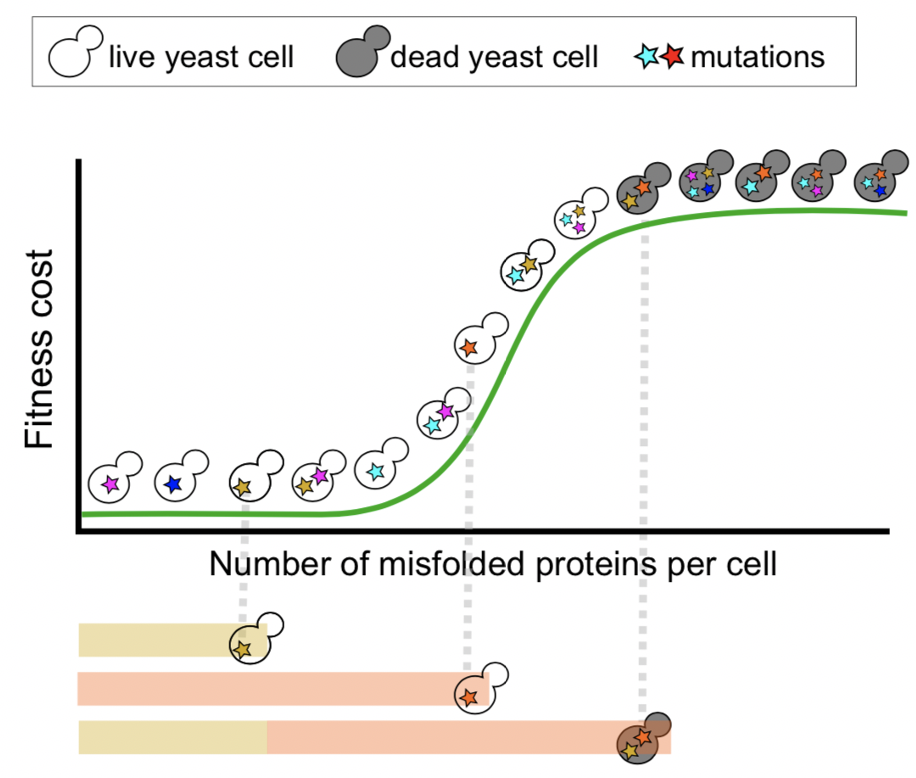 Protein misfolding toxicity is a major factor in neurological diseases like Alzheimer’s and ALS. The high load of misfolded proteins found in tumors has also been called cancer’s ‘Achilles heel.’ But to understand how misfolding impacts human health, we need to quantify how cell fitness declines as misfolded proteins accumulate. A reigning hypothesis as to why misfolded proteins are toxic is that they steal important resources (eg, chaperones). This implies that the toxicity of a misfolded protein depends on the number of resources available. Our goal is to make accurate predictions about the context-dependent costs of misfolding mutations by quantifying the relationship between the number of misfolded proteins in a cell and cell fitness. Deciphering this relationship will improve predictions about the combined costs of multiple misfolding mutations. It will also reveal when and how these extremely common, but typically small-effect, mutations contribute to evolutionary processes. 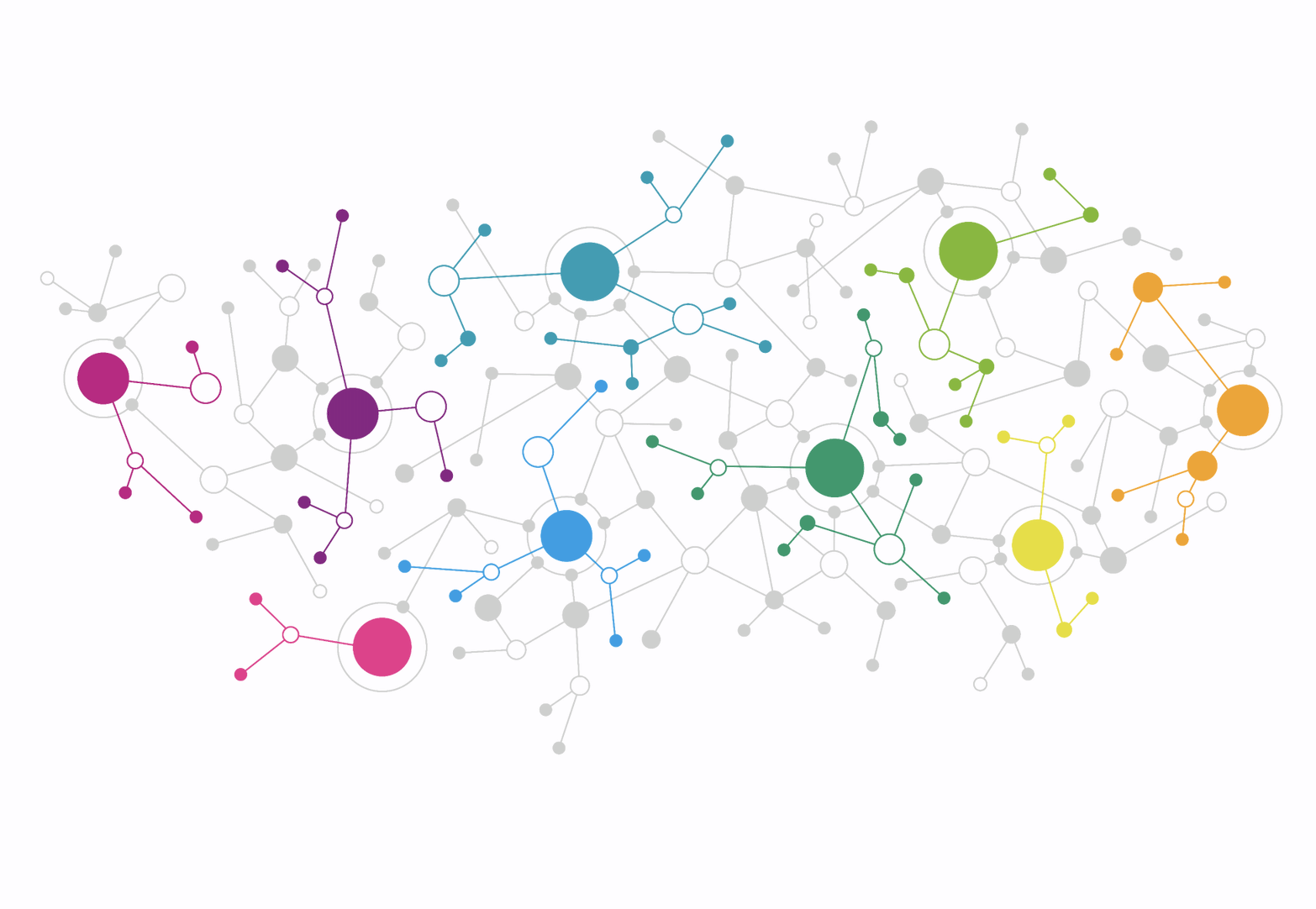