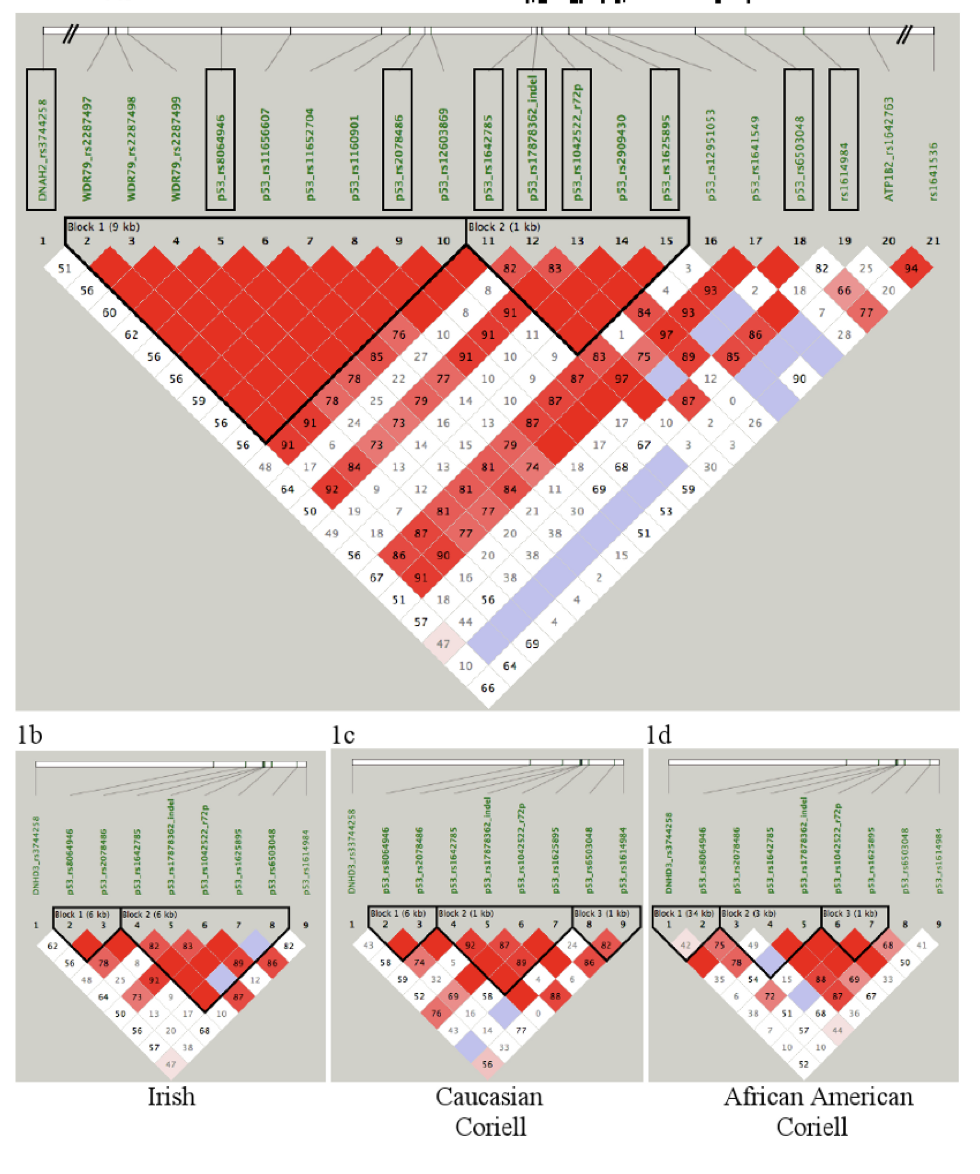 Genetic and environmental factors contribute to the etiology of neural tube defects (NTDs). While periconceptional folic acid supplementation is known to significantly reduce the risk of NTDs, folate metabolic pathway related factors do not account for all NTDs. Evidence from mouse models indicates that the tumor protein p53 (TP53) is involved in implantation and normal neural tube development. To determine whether genetic variation in the TP53 might contribute to NTD risk in humans, we constructed a high resolution linkage disequilibrium (LD) map of the TP53 genomic region based on genotyping 21 markers in an Irish population. We found that nine of these variants can be used to capture the majority of common variation in the TP53 genomic region. In contrast, the 3-marker haplotype commonly reported in the TP53 literature offers limited coverage of the variation in the gene. We used the expanded set of polymorphisms to measure the influence of TP53 on NTDs using both case-control and family-based tests of association. We also assayed a functional variant in the p53 regulator MDM2 (rs2279744). Alleles of three noncoding TP53 markers were associated with NTD risk. A case effect was seen with the GG genotype of rs1625895 in intron 6 (OR = 1.37 [1.04-1.79], p=0.02). A maternal effect was seen with the 135/135 genotype of the intron 1 VNTR (OR = 1.86 [1.16-2.96], p=0.01) and the TT genotype of rs1614984 (RR = 0.58 [0.37-0.91], p=0.02). As multiple comparisons were made, these cannot be considered definitive positive findings and additional investigation is required.