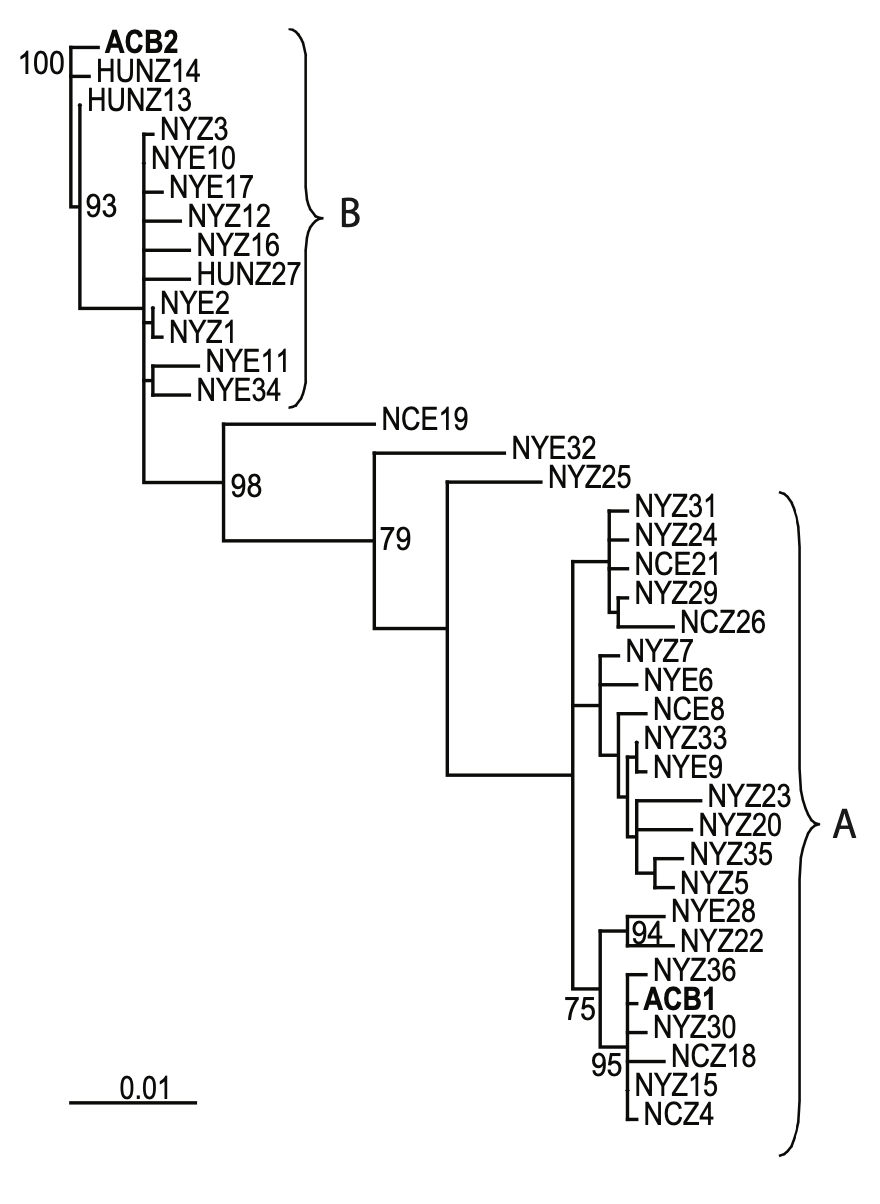 Background: Moth pheromone mating systems have been characterized at the molecular level, allowing evolutionary biologists to study how changes in protein sequence or gene expression affect pheromone phenotype, patterns of mating, and ultimately, the formation of barriers to gene exchange. Recent studies of Ostrinia pheromones have focused on the diversity of sex pheromone desaturases and their role in the specificity of pheromone production. Here we produce a Δ11 desaturase genealogy within Ostrinia nubilalis. We ask what has been the history of this gene, and whether this history suggests that changes in Δ11 desaturase have been involved in the divergence of the E and Z O. nubilalis pheromone strains.

Results: The Δ11 desaturase gene genealogy does not differentiate O. nubilalis pheromone strains. However, we find two distinct clades, separated by 2.9% sequence divergence, that do not sort with pheromone strain, geographic origin, or emergence time. We demonstrate that these clades do not represent gene duplicates, but rather allelic variation at a single gene locus.

Conclusions: Analyses of patterns of variation at the Δ11 desaturase gene in ECB suggest that this enzyme does not contribute to reproductive isolation between pheromone strains (E and Z). However, our genealogy reveals two deeply divergent allelic classes. Standing variation at loci that contribute to mate choice phenotypes may permit novel pheromone mating systems to arise in the presence of strong stabilizing selection.