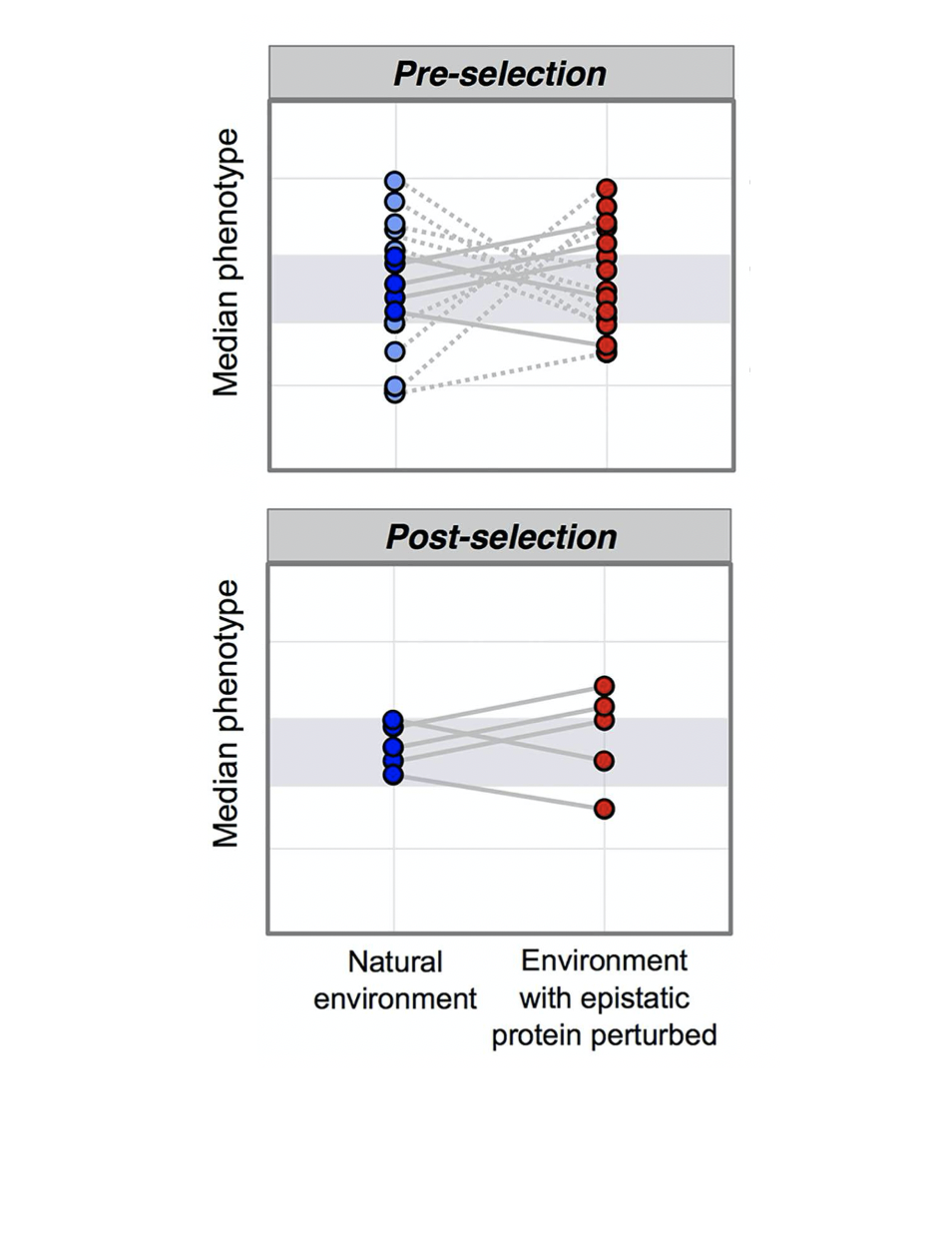 The protein-folding chaperone Hsp90 has been proposed to buffer the phenotypic effects of mutations. The potential for Hsp90 and other putative buffers to increase robustness to mutation has had major impact on disease models, quantitative genetics, and evolutionary theory. But Hsp90 sometimes contradicts expectations for a buffer by potentiating rapid phenotypic changes that would otherwise not occur. Here, we quantify Hsp90’s ability to buffer or potentiate (i.e., diminish or enhance) the effects of genetic variation on single-cell morphological features in budding yeast. We corroborate reports that Hsp90 tends to buffer the effects of standing genetic variation in natural populations. However, we demonstrate that Hsp90 tends to have the opposite effect on genetic variation that has experienced reduced selection pressure. Specifically, Hsp90 tends to enhance, rather than diminish, the effects of spontaneous mutations and recombinations. This result implies that Hsp90 does not make phenotypes more robust to the effects of genetic perturbation. Instead, natural selection preferentially allows buffered alleles to persist and thereby creates the false impression that Hsp90 confers greater robustness.