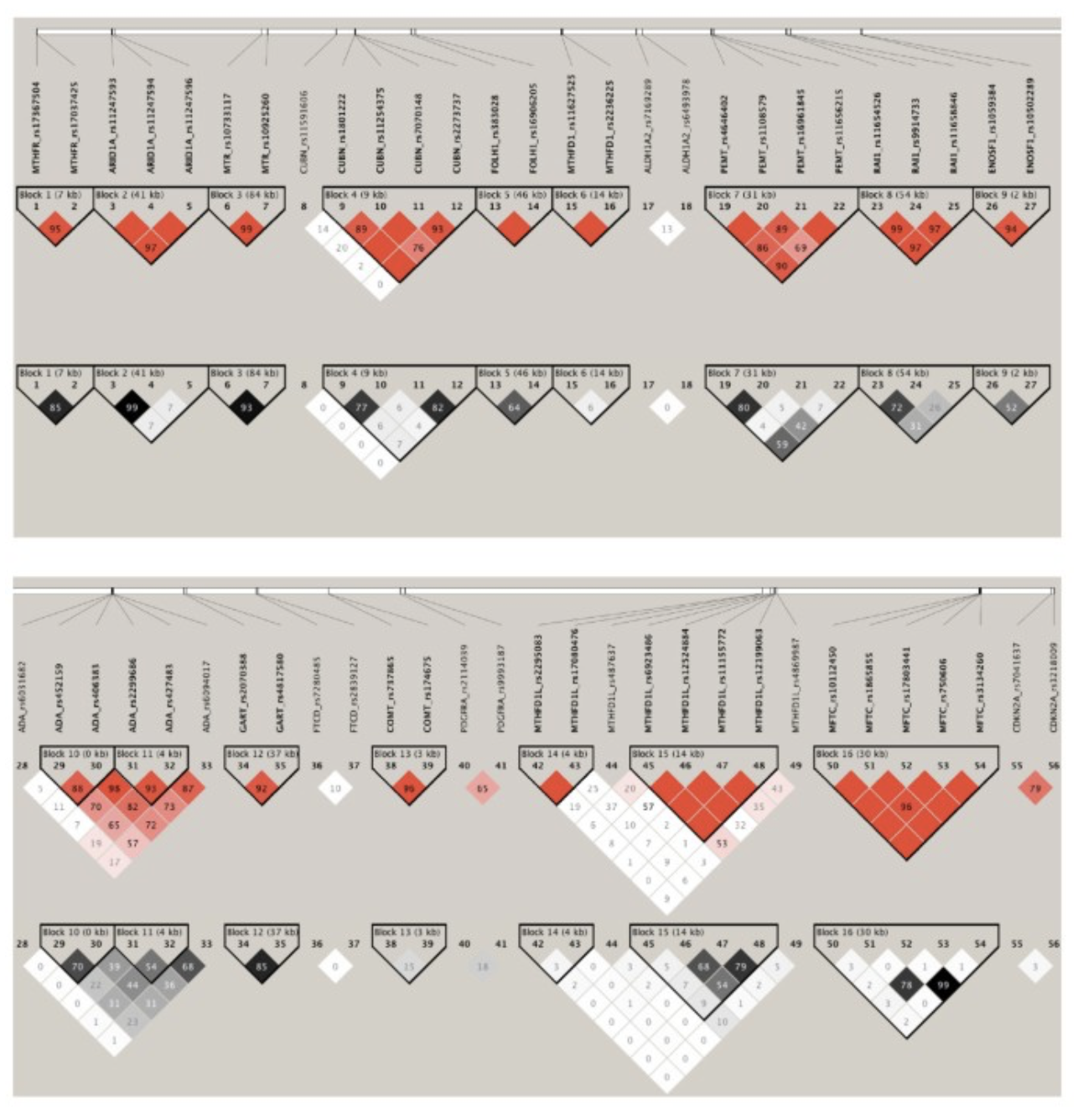 Background: Neural tube defects (NTDs) are common birth defects (~1 in 1000 pregnancies in the US and Europe) that have complex origins, including environmental and genetic factors. A low level of maternal folate is one well-established risk factor, with maternal periconceptional folic acid supplementation reducing the occurrence of NTD pregnancies by 50-70%. Gene variants in the folate metabolic pathway (e.g., MTHFR rs1801133 (677 C > T) and MTHFD1 rs2236225 (R653Q)) have been found to increase NTD risk. We hypothesized that variants in additional folate/B12 pathway genes contribute to NTD risk.

Methods: A tagSNP approach was used to screen common variation in 82 candidate genes selected from the folate/B12 pathway and NTD mouse models. We initially genotyped polymorphisms in 320 Irish triads (NTD cases and their parents), including 301 cases and 341 Irish controls to perform case–control and family based association tests. Significantly associated polymorphisms were genotyped in a secondary set of 250 families that included 229 cases and 658 controls. The combined results for 1441 SNPs were used in a joint analysis to test for case and maternal effects.

Conclusions: To our knowledge, with respect to sample size and scope of evaluation of candidate polymorphisms, this is the largest NTD genetic association study reported to date. The scale of the study and the stringency of correction are likely to have contributed to real associations failing to survive correction. We have produced a ranked list of variants with the strongest association signals. Variants in the highest rank of associations are likely to include true associations and should be high priority candidates for further study of NTD risk.